I have been talking with so many individuals and several organizations throughout Africa.  One of the conversations has been with the T.E.A.M. organization related to the Karanda Hospital in Zimbabwe.  For those that do not know what is currently happening in Zimbabwe, these are some quick statistics:

If you can, please take the time to pray for the people of Zimbabwe and please pray for the Karanda Mission Hospital as they are trying to be the light in so much darkness that exists in Zimbabwe right now.
By Pepsny Family - December 19, 2019 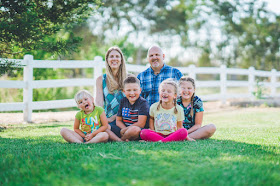 We have just sent out our first newsletter!  If you wish to receive our newsletters, please subscribe using the form below:  Subscri...